A MARRIAGE OF MINDS

One day in 1940, young Dr. Kenneth Clark bought four baby dolls in a Harlem Woolworth’s store: two brown, two white, but otherwise the same. They were not for the baby that he and his wife, Mamie, were expecting – but for their psychology experiment in racial identity. Seven-year-old Edward D., one of 300 black children in the study, chose a white doll over the brown ones. “I look brown and they always call me a nigger but I’m not – I’m a white boy,” he insisted. Tabulating the final results, Mamie Clark found that, like Edward D., two-thirds of the kids preferred a white doll to one of their own race.

The Clarks’ dolls test played a key role in the landmark Brown v. the Board of Education litigation in 1954 – their opening act in a long public life together.

They also opened a clinic for disturbed children in Harlem and helped found two War on Poverty agencies: Head Start and Haryou. The most prominent black scholar of his era, Kenneth also founded the nation’s first black think tank and served a pivotal role in the civil rights movement. But if he had never met shy, supersmart Mamie Phipps, the chances are that few would have ever heard of Kenneth Clark. They were A MARRIAGE OF MINDS. 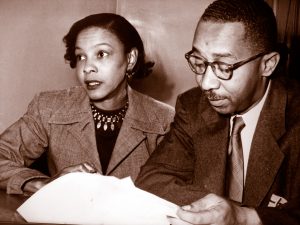 Creators of the dolls test, the first African-Americans awarded a Ph.D. in psychology at Columbia University. 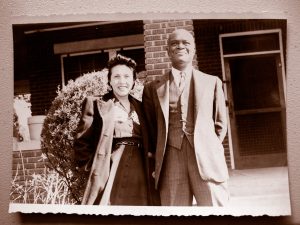 Mamie’s parents, members of the black elite in the resort town of Hot Springs, Arkansas. They opposed Mamie’s marriage to Kenneth in 1938. 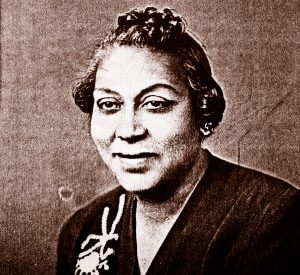 Kenneth’s mother, a hard-working seamstress in New York’s garment district. She backed her son’s decision to elope with Mamie. 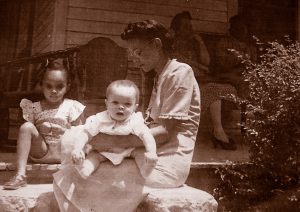 The Clarks’ two children, raised first in Harlem and then in suburban Hastings-on-Hudson, New York.

Kenneth Clark was a sociologist.

No, he never took a sociology course, though Mamie did. Kenneth was a social psychologist.

The dolls test was Mamie’s idea.

It’s true that Mamie’s 1938 master’s thesis was the precursor to the dolls test, but she never used dolls for the thesis, nor did she ever claim that the dolls test was her idea. Kenneth called the dolls test a “joint” decision.

The 1954 Brown ruling was based on the dolls test, which was created to win a victory for the NAACP in the Supreme Court.

No, the court ruling cited several other studies, not the dolls test. The Clarks finished their dolls test results back in 1941 to meet the requirements of a research grant.

The dolls test results were based on only a tiny sample of children.

The Clarks’ 1941 data involved a substantial sample of 253 children from Massachusetts and Arkansas. In the early 1950s, before testifying at a court trial in South Carolina, Kenneth gave the dolls test to a tiny group of local kids. He testified that these local results were similar to the broader 1941 results.

He was born in the wet season as workers were finishing the new Panama Canal. It was July 14, 1914, warm and muggy at the port of Colon, where the tropical rains came in cataracts, rattling the tin roofs of shacks and spawning clouds of mosquitoes. The baby boy’s mother was 19 and Negro, the daughter of Jamaican shopkeepers. The father, also of Jamaican descent, was ten years older and a supervisor on the docks of Colon. Married just a year, they marveled at the baby they named Kenneth. Fatherhood was a point of pride with Arthurton Clark, and his young wife, Miriam, was determined that this wriggling mass of boyhood would thrive.

She was their second child and born at home in the resort town of Hot Springs. It was October 18, 1917, a balmy day, when Katie Phipps went into labor. Harold, her husband, was one of the town’s colored doctors, so there was no need to call Mana Funches, a midwife. Dr. Phipps could well afford a hospital bed for Katie, but Negro babies were usually born at home. No white hospital would have them.

To little Kenneth, Harlem was far more exciting than Colon. There were canyons of brick buildings with people sitting on the stoops out front and up on the fire escapes in back over the alleys where peddlers sold used clothing and chanted, “Old clothes! Old clothes!” Kids played in the streets. “We did a lot of stickball and a lot of roller skating,” John Moseley, a 141st Street neighbor, recalled. “The street was your big playground.” Kids vied for space with horse-drawn wagons and tradesmen pushing carts and hawking their wares. On muggy summer days, boys chased the horse-drawn ice wagons. They loved to jump on, grab a chip of ice and eat it. In winter, dark chunks from the coal wagons dotted the fresh snow. There were vegetable stands, grocery stores and other shops a short walk from Kenneth’s home. Some kids stole fruit while the Italian storekeepers weren’t watching. Others yelled “Chinks!” into the Chinese laundries and scooted. Nearby were streetcars and subways. There were kids of every race, religion and class, but most were Irish.

A doctor’s daughter in Hot Springs, 1921

Without kindergartens in town, Mamie’s mother read books to her and enrolled her at 4 years old in St. Gabriel’s, a Catholic school run by white nuns on the outskirts. Her brother, Harold Jr., also attended. Black parents gave high marks to the nuns. “The sisters were real kind,” recalled Ida Fort Thompson, a lifelong resident. Mamie had likely noticed the white kids scampering up the dirt road in front of her house on their way to  Central School on her street. Would she join them there someday? She must have asked her parents that, and their answer had to be no. Central School was for white kids only. Explaining segregation to a child could not have been easy. “I would say I learned most of it from my parents, because we had to be prepared before we were sent out, you know, on our own,” Mamie recalled years later. “I was never surprised.”

At a formal dance one night, Mamie looked up and spotted Kenneth in a tuxedo by the balcony spotlight. He stood smoking, his left hand tucked into his jacket with his gaze fixed on the dance floor below – the campus big shot surveying his domain. Mamie was impressed by campus leaders like Kenneth. So when he asked her to dance, she was perplexed but willing. As they locked hands and glided across the floor, she addressed him coolly as Mr. Clark. Recalling orientation week when he had yelled “Shut up!” at the freshmen, she silently vowed to avenge her class, especially the girls. She counted this first dance as Point No. 1 toward his defeat. After the dance, Kenneth could not get her off his mind. She did not jabber about silly stuff, as other girls did, and there was a quiet self-assurance about her. Gathering with friends for a beer that night, Kenneth sang the praises of Mamie Phipps, and the fellows all nodded in agreement. And yet, there were too many suitors fluttering about her for Kenneth’s comfort. They were like vultures.